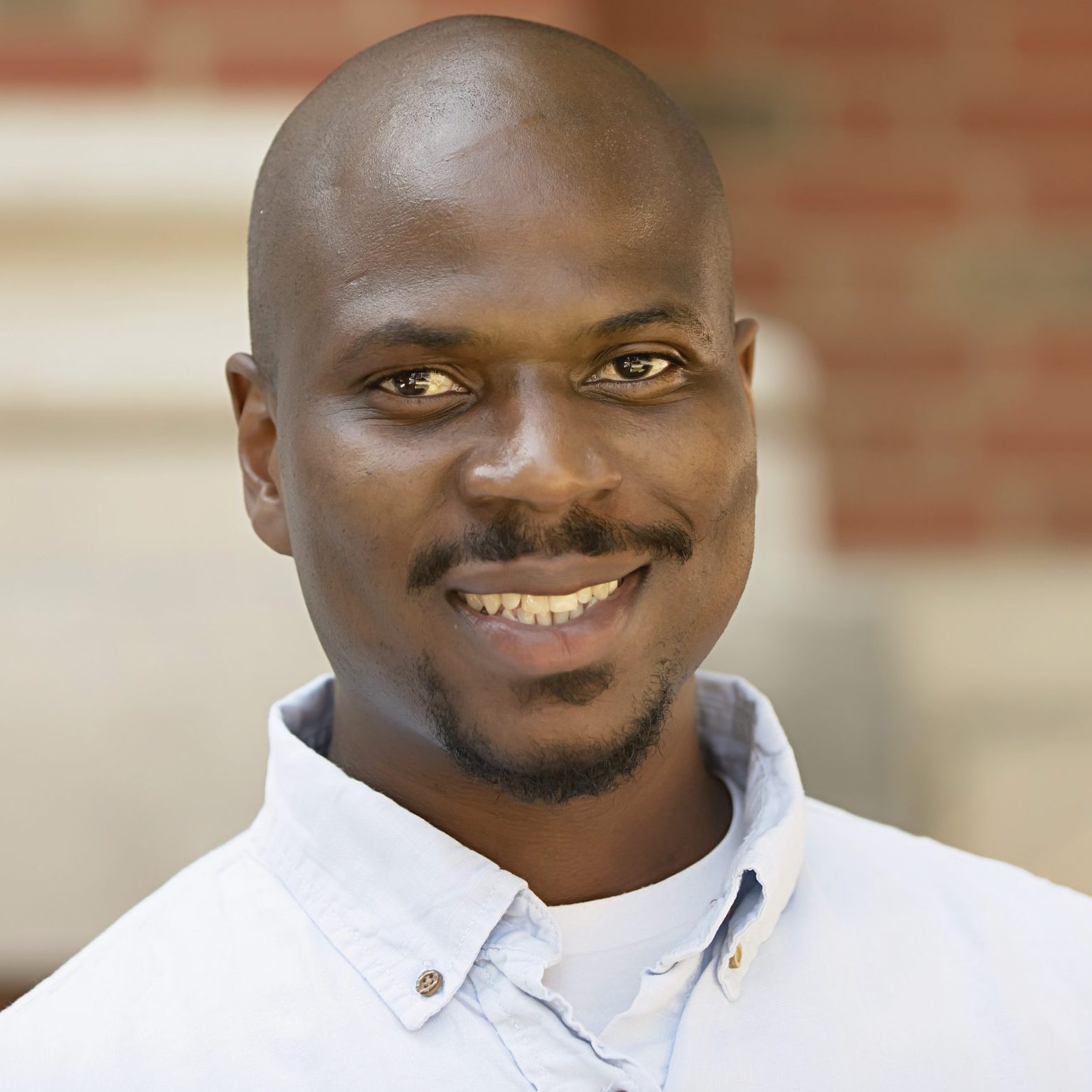 Roy grew up in New Orleans, La., as one of five children. From there he attended Louisiana State University where he earned a degree in elementary education. While at LSU, he was involved with several campus ministries, including Reformed University Fellowship (RUF). After graduating college and serving as a teacher, he began the Masters of Divinity degree at Reformed Theological Seminary in Jackson, Miss. While in seminary, Roy married Emily Chapman of Starkville, Miss. After seminary Roy went on to start an RUF chapter at Alabama A&M, a historically black university, and served with Emily on that campus for five and a half years. Roy initially joined the staff of New City South in 2016, serving as Associate Pastor. In 2020 the congregation called Roy to become Lead Pastor. The Hubbards have 4 children, Iris, Jonas, Clive, and Lois. Roy describes himself as “spoiled” by growing up in New Orleans where he saw so many different types of people in close community and fellowship with one another. His family moved several times during his childhood within the city of New Orleans. One constant was his mother and the New St. Mark Missionary Baptist Church to which she linked her life and the lives of her children. Roy says that he remembers wondering what was different about his mom in contrast to some of the challenges and tensions he saw in the community around him. “It’s her faith,” he concluded. This anchoring in Jesus was attractive to him and he professed his faith in Christ at a young age. Roy says that the core values of New City Fellowship put into words his “natural bent and inclinations in Christ.” They were drawn to New City South with a desire to bless the church and live out the gospel in a multicultural setting with people from a wide range in ages, socio-economic classes, educational backgrounds, life experiences, and ethnicities. Roy loves hanging out with people and has TOO MANY interests (basketball, reading, sports, swimming, video games, fishing, music, culture, food, history, movies, art, all-things-New-Orleans, etc. etc.), so feel free to track him down and spend some time with him. 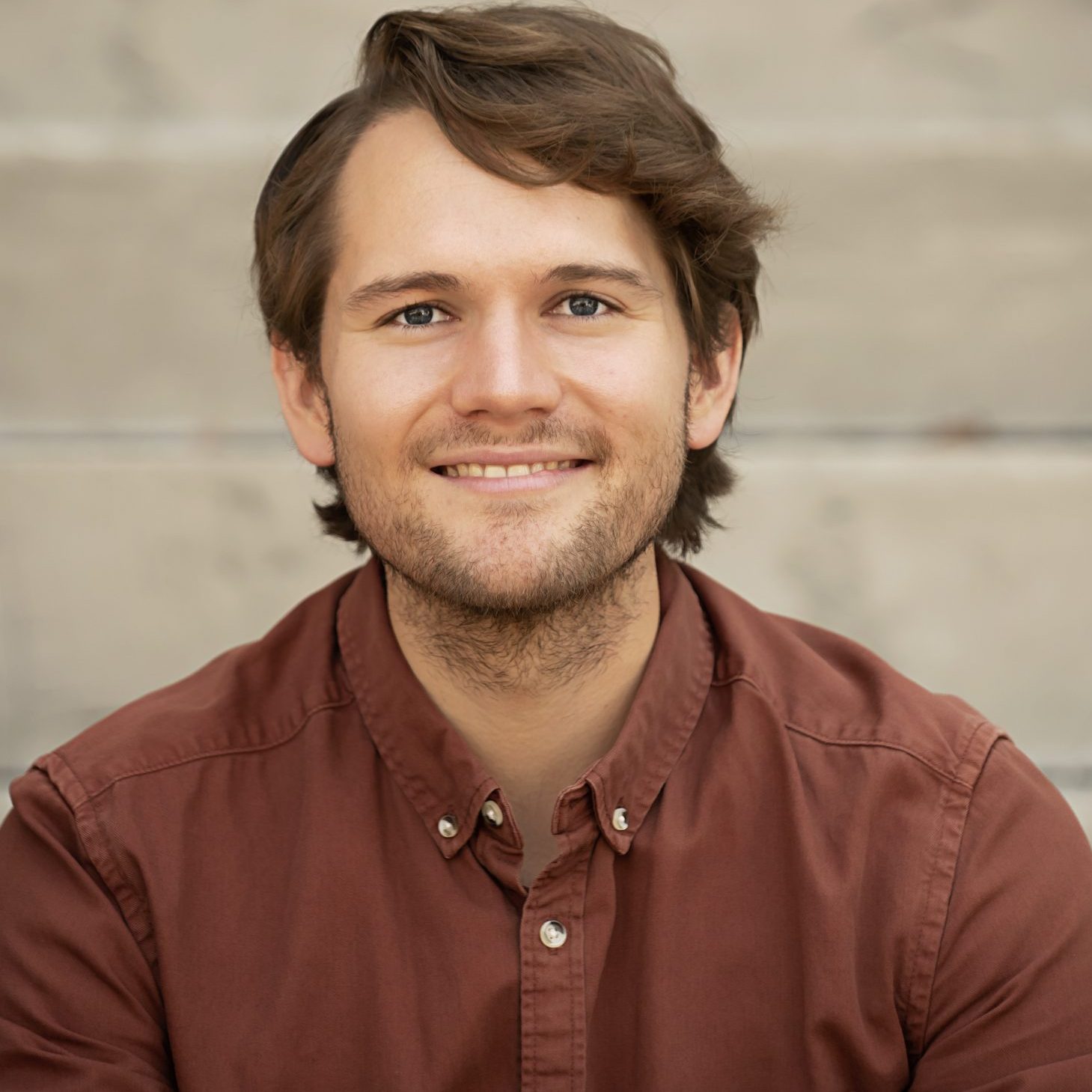 Nick grew up in Lincoln, Neb. He graduated from the University of Nebraska in 2013 with a degree in music composition. He met his wife, Emily, in college, and they got married in 2014. Before coming to St. Louis, they lived in Tulsa, Okla., where Nick taught music lessons and Emily served as an intern with Reformed University Fellowship. In 2016, they moved to St. Louis to pursue degrees at Covenant Seminary. Nick graduated in 2020 with a Master of Divinity. During seminary, Nick focused on the areas of music and worship. He was the chapel coordinator for the campus worship services, served on the worship team at church, and interned with worship leaders in other parts of the country. While in seminary, Nick and Emily were members of New City South and were profoundly impacted by the mission and vision of the church. After graduating, Nick served for two years as a worship director at another local church. He and Emily returned to New City South in the fall of 2021. Nick serves as an Assistant Pastor and provides oversight for Worship and Community Groups. He is thrilled to be serving the community of New City South. Nick loves songwriting, recording music, gardening, and roasting coffee. He’s always trying to read more. He and Emily enjoy running, making big breakfasts, and listening to podcasts together. Every fall, you can find them watching Husker football and eating chili and cinnamon rolls (a Nebraska favorite). 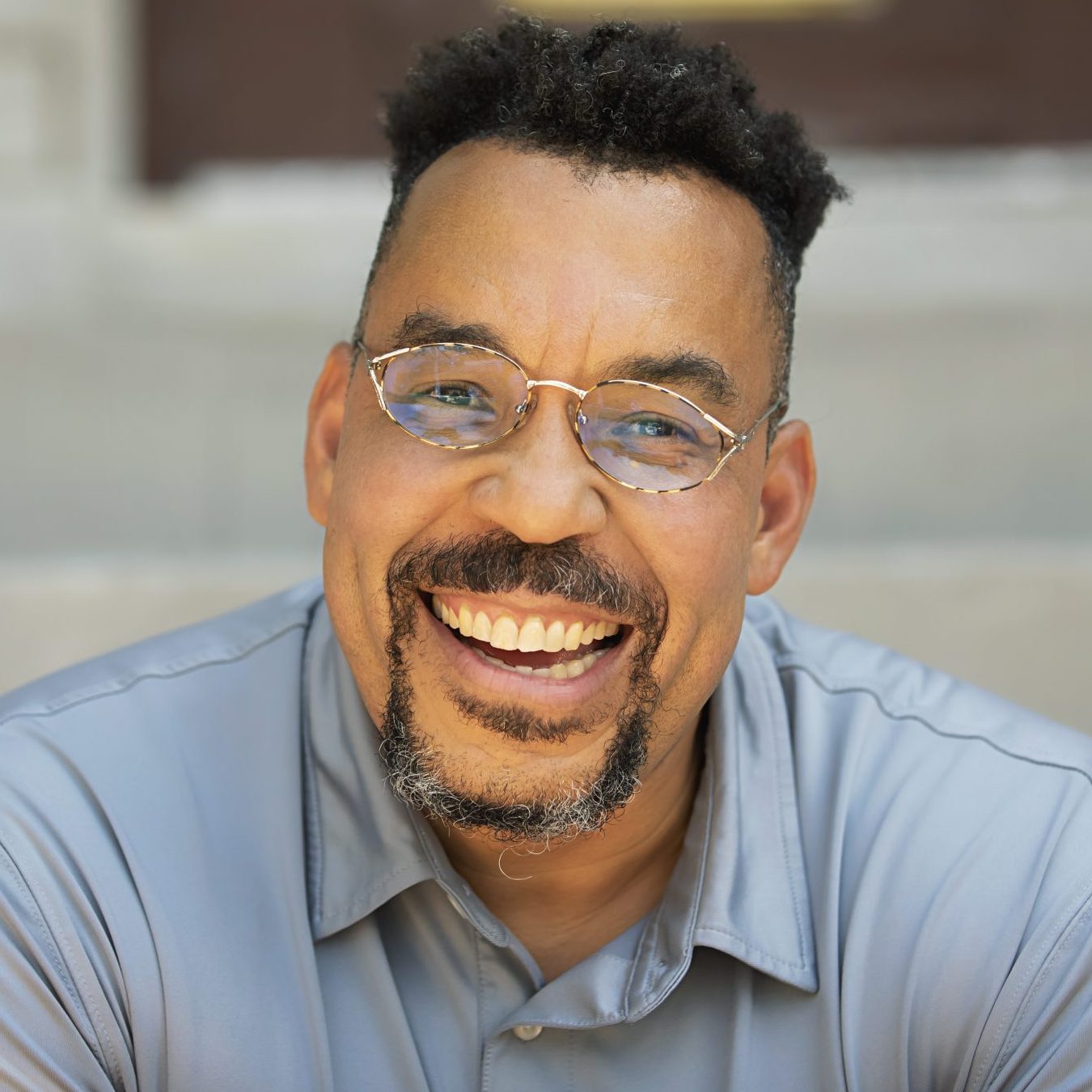 Thurman currently serves as the Pastor of New City Fellowship – West End, a church plant and new site of New City Fellowship in St. Louis. The church began holding public worship services in May of 2019 and they meet on Sunday afternoons, which means Thurman is available to serve as a teaching pastor for New City South, joining in to preach about twice a month. He also serves as the Director of Homiletics (preaching) for Covenant Theological Seminary. He previously served as the Associate Pastor of Grace and Peace Fellowship in St. Louis, Mo., from 2013 to 2018. Prior to moving to St. Louis in July of 2013, he was the Pastor of New Song Community Church in the Sandtown community of inner-city Baltimore, Md., beginning in February of 2000. Prior to that, he served as the Minister of Outreach and Youth at Faith Christian Fellowship Church, also in the city of Baltimore, for five years while completing a Masters of Divinity at Chesapeake Theological Seminary. Thurman completed a Doctor of Ministry degree at Covenant Theological Seminary with a dissertation on "Christ-Centered Preaching in Hip Hop Culture." Before serving at Faith, he was on staff for four years with the ministry of Young Life. Thurman has been married to his lovely wife, Evie, for more than 20 years and they have been blessed with four beautiful children, Charvez, Shaquana, Joshua, and Caleb. He previously served as the Chairman of the Mission to North America for the Presbyterian Church in America. He also serves on the Missouri Presbytery’s Credentials Committee and on the Reconciliation and Kingdom Justice Committee. 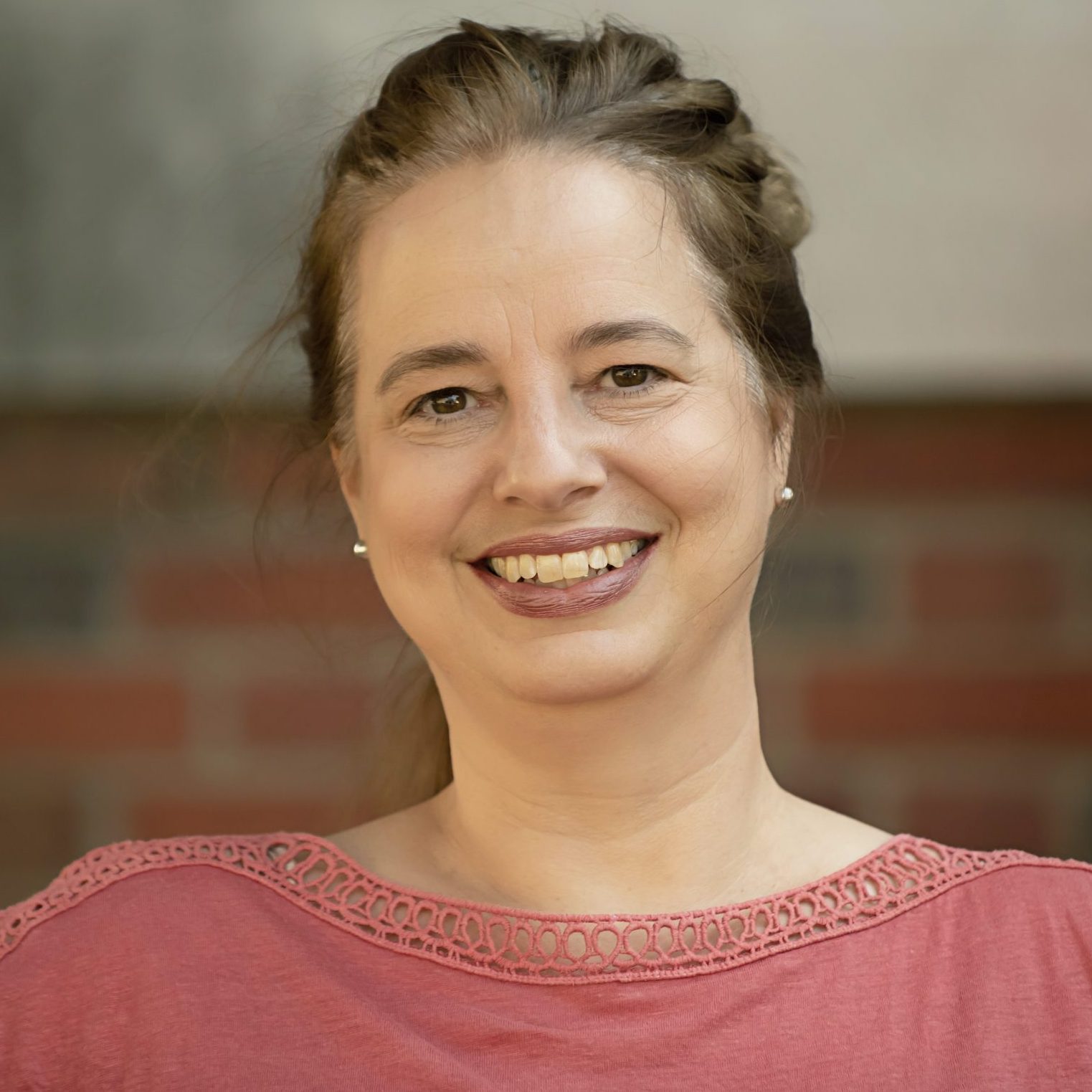 Director of Operations and Community Care

Eileen first became part of New City Fellowship in St. Louis before New City South began. She then relocated to Arizona and served with Food for the Hungry, an international relief and development organization. When returning to St. Louis, New City South quickly became her church home. Her professional background is in Marketing Communication, Project Management, and Non-Profit Leadership. She holds a Master of Divinity from Covenant Theological Seminary. 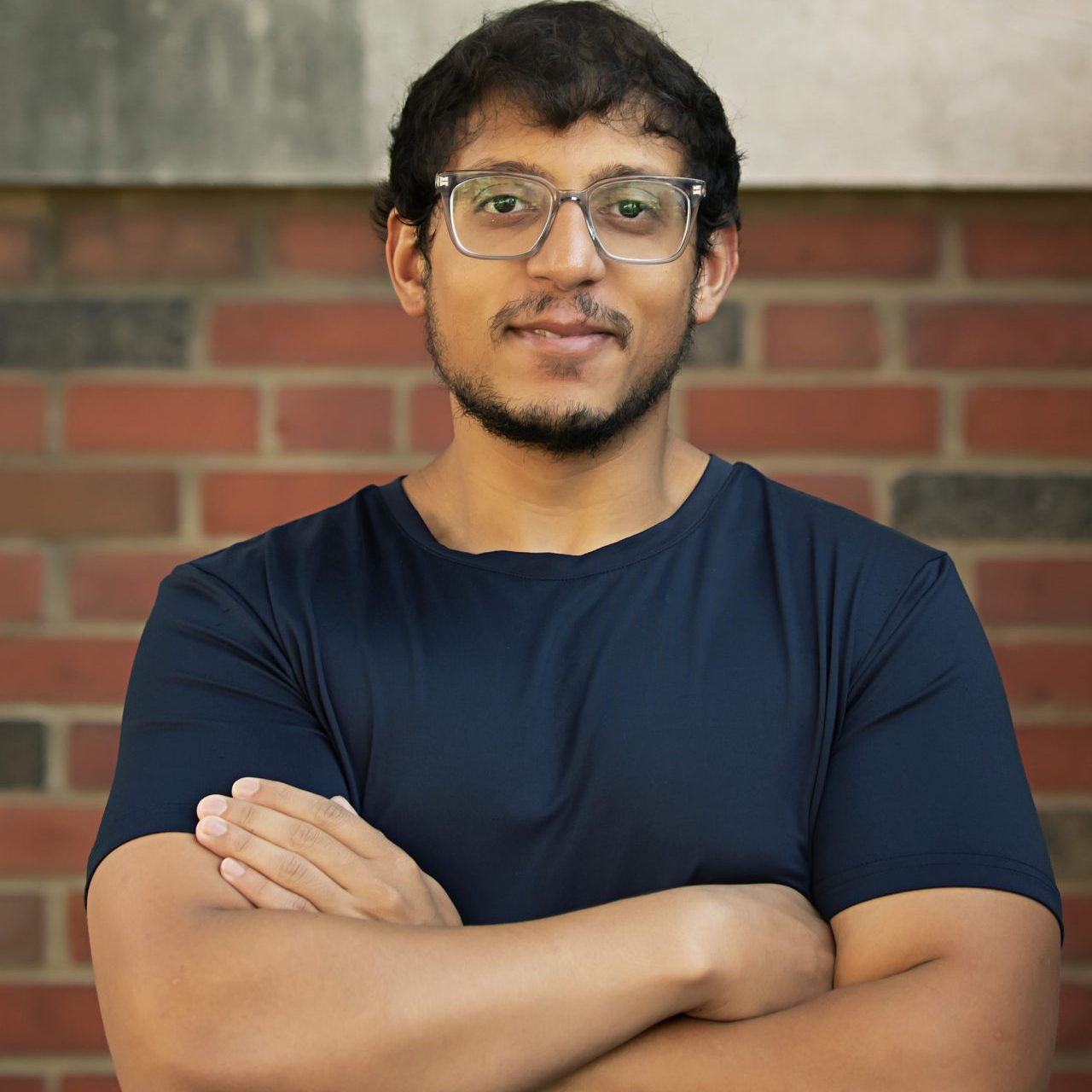 Molin grew up in Chicago and is a graduate of Northern Illinois University. Prior to stepping into his current role, he owned and operated a consulting firm for professional video game players (a work history that lights up the eyes of many kids!). Molin's experience with managing a business translates well to the coordination and leadership that he provides for both Firm Foundation Tutoring (newcitysouth.org/firm-foundation-tutoring) and Workday (newcitysouth.org/workday). As a child of Indian immigrants to the U.S., he identifies with many of the experiences of immigrants in our community. In his spare time, Molin likes to power lift, read philosophy, travel and visit extended family.